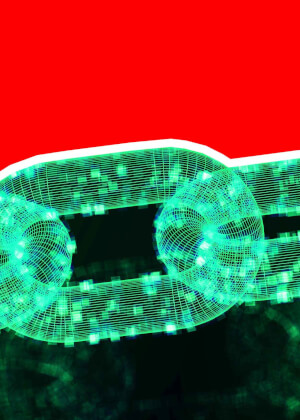 The Blockchain is a new, basic technology and as a consulting and development company we deal with it already today. With our topics page, we show you from the definition through to application what Blockchain is and how you can use it successfully.

How can the new direction GmbH support you?

As new direction, we offer you strategic blockchain consulting and operational implementation from a single source. With our division we have specialised in the new fundamental technology and are the right contact for you. 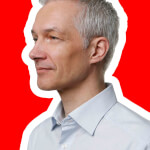 Do you have questions regarding Blockchain?

Basically, the Blockchain will replace many applications in the future which currently solve problems with other technologies. Middlemen will be eliminated in processes, and business models will be redesigned.

The future is decentralized, but what does this mean for your company?

Definition: What is Blockchain?

The components of the Blockchain are computer, decentrally structured data bases and clients which come together in a software environment.

There are different definitions of Blockchain depending on the point of view. The approaches depend on the application scenarios and partially overlap.

The Blockchain is a decentrally structured and endlessly expandable list of data sets which are transparently and publicly visible and which are unchangeable.

The Blockchain allows a pseudo-anonymous exchange of goods and services, and in the course of this eliminate the middlemen.

The blockchain controls transactions between two participants with its unchangeable list. This makes it possible to dispense with an intermediary, such as a notary

Advantages of the Blockchain

The potential of the Blockchain is best summarized with the terms Security and Zero Marginal Cost Economy.

Each transaction is attached to the end of the chain of the previous information and can no longer be changed. As a result, the transaction history is unchangeable and unambiguously transparent.

The use of kryptographic procedures ensures that transactions can be carried out 100% secure in the Blockchain.

Middlemen who would either ensure the trust of both transaction partners or take over administrative functions are eliminated. This creates a maximally efficient process and therefore lowest possible transaction cost.

The technical term for this efficiency is known as Zero Marginal Cost Economy.

The Blockchain stands for:

We start with our approach in the consultation and guide you as our client until presentation. We have ressources for inhouse development and therefore fast implementation of your ideas.

An example of a first workshop could look as follows.

Contents for a Blockchain workshop example:

So we have all the skills needed to develop a successful blockchain-based solution.

In general, a Blockchain project starts for us with an introductory seminar and strategic workshops. The goals must be clearly defined to go together in one direction.

We coach you in close and in-depth cooperation through the development phase to the testing of a dApp.

What are Smart Contracts?

Smart contracts are intelligent contracts. They can be described as software scripts defining conditions for interaction between machines and therefore are used for executing transaction processes.

In this connection, every communication in the blockchain is called transaction which includes every secured communication, from ordinary recorded data through to the automated execution of complex business processes resp. rules.

DApp is the abbreviated version of a decentralized resp. distributed application. It is pronounced d-app similar to e-mail. The backend code of a dApp is decentrally stored in a peer-to-peer network.

In addition, a dApp contains frontend code and thus a user interface. This can be written in different languages and allows access to the application.

Blockchain for the IoT


When looking at the Blockchain in view of the challenges of IoT (Internet of Things), then it solves the four biggest challenges:

At the same time there is more security. Especially industrial companies expedite the rapid development in the area Internet of Things.

What opportunities can arise for you from the Blockchain? Call us or have us call you back.

Our expert on this topic is Stephan.